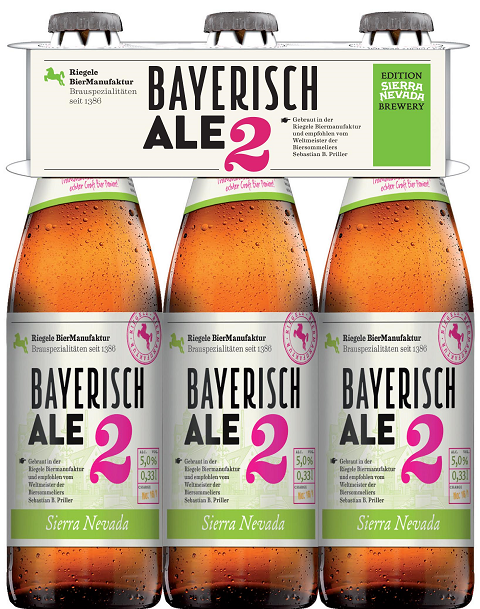 Usually collaborations are an American thing. Readily available to us. But this time Bi-coastal Sierra Nevada Brewing Co. has combined with the much older 630-year-old Bavarian craft brewer Riegele for a second time to create an American pale ale for German brew fans.

The 11.2 oz. bottles of Bayerisch Ale 2 combines the Germans special yeast strains and a combination of West-Coast Amarillo, Citra, Cascade and Simcoe hops.

Maybe a trip to Germany is in order.