Of the three home brews that I have tried in January, this is the best. By far. The cardamom is here! Unlike the absent spruce and sage from earlier beers. 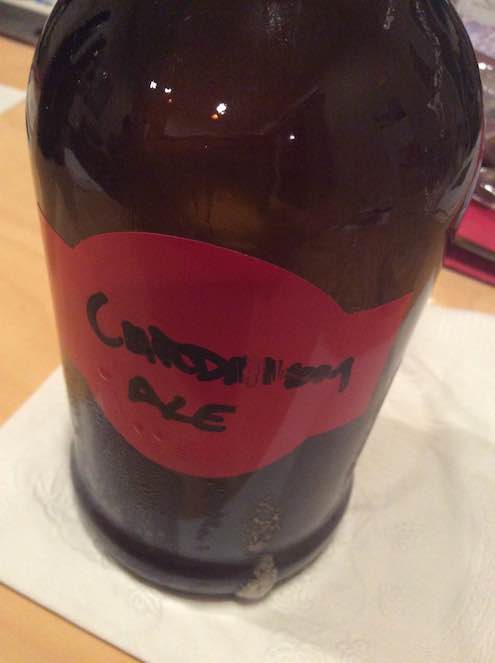 This ale is less carbonated and zippy but also has much less of the honey that pulled focus from the first two beers. And as you can see from the photo, it was a bit of a gusher.  A slow one thankfully. The aroma is a hit on the sweet side. Nice cereal taste here. The color is a bit fuzzy but with home brew that isn’t as much a concern as flavor for me. This is nice and simple but I wish the spice was even stronger. These days it takes a lot to break through my worn out palate and I could use an extra burst of cardamom.