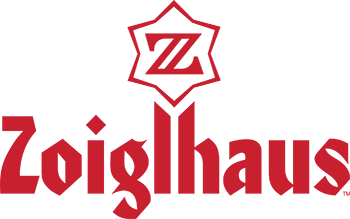 Two preliminary things about the following. One is that the brewer is a Linfield alum like me which is super cool and two, we need more of this Zoigly thing going on. But first here is the information….

“While you can’t legally sell beer out of your home, you can do the next best thing: fill up your carboy with freshly brewed wort at Zoiglhaus, take it and a fresh can of yeast home with you to ferment your own beer. Add dry hops, extra flavorings, or leave it as is. It’s up to you. When the beer is done, you can share it with family or friends in the Zoigl spirit.”

Alan Taylor the brewer at Zoiglhaus Brewing was inspired so much by the medieval tradition of village brewing that he put the hard to spell word into use for his Portland brewery.

What excited him was the practice where each village had a single brewhouse which the villagers could utilize by getting the wort made and then taking it home to ferment. Then when done they would sell it from the home/taproom.

The first wort from Zoiglhaus was a pale ale by the name of ZPA, it was made available to buy by the carboy and then next month on the 7th, those that want to participate can bring their creations back to the brewery for judging by the people. The winner wins, well, the next batch of wort to play with.

What I would like to see is an L.A. brewery creating a wort then giving it to three other breweries to “finish”, then have a blind taste test to determine the winner.