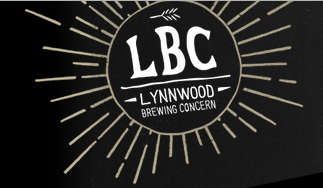 Lynwood Brewing Concern started as The Lynnwood Grill in 2004 with the addition of a small craft brewery in the back of the restaurant in the “Triangle” in North Carolina.

Over 12 years, their reputation grew and they were forced to add space thus the move to a bigger facility in Five Points where they took over the space of a brewery that was itself moving to an even larger space. Now they have two brewing operations to produce their award winning beers. Such as Once You Go, a black ale that won gold or Drop Bear Australian Pale Ale that also snared gold.

Here is what I would order to start….
Lynnwood Light – Golden Ale
“Crisp, light-bodied, and easily approachable. This is what we call easy drinking. The pale malts and Perle hops give this ale a golden, straw color that simply begs to be enjoyed.”

Czech Yourself – pilsner
“Before you lump this in with watered-down, mass-produced pilsners, give it a try. Brewed in the German lager tradition with a pilsner malt character, it’s spicy, slightly sweet, and grainy, with a moderate bitterness to the finish.”

Mosaic Pale Ale – American Pale Ale
“There’s a reason the Mosaic hop is getting attention in the beer world. This hop-heavy ale brings aromas of mango, pineapple, citrus and tropical fruit balanced with a touch of caramel and lightly toasted bread from the malts.”