Another edition of the Great American Beer Festival is in the books. Here is a curated awards round-up with a focus on LA area based breweries. 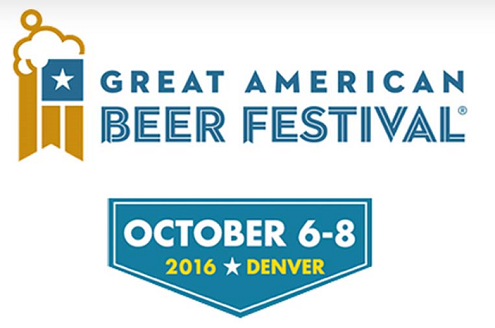 Imagine you had 7,227 beers in front of you. Picture that in your mind.  That is the beast that Charlie Papazian has wrought.  He pioneered this festival through 35 years and it was heartening to see Colorado Governor Hickenlooper honor him for his service and all of the many fist bumps that must make his right hand a mess on the Sunday after the awards ceremony. 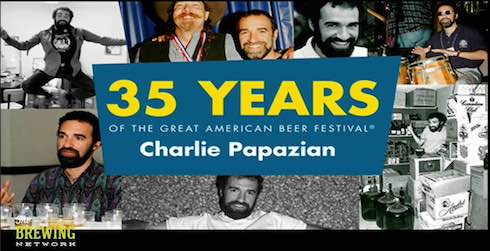 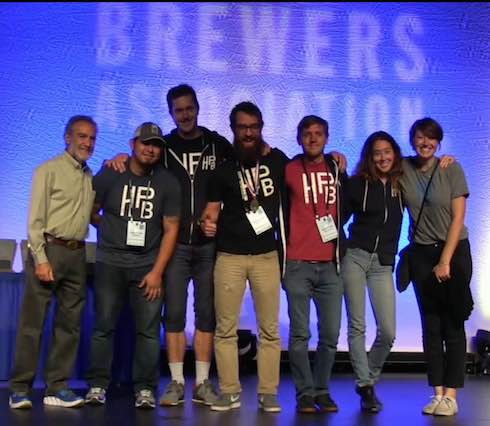 Let’s get into the Los Angeles winners shall we?  ABove is Bob Kunz and the Highland Park team which won GOLD with Good Green for American-Style Strong Pale Ale.  El Segundo, known for hops, won for their lager instead, Casa Azul.  The Beachwood Blendery was not in chaos but their friendly Lambic won silver.  Also winning silver was Devon Randall and Arts District Brewing in the Smoke Beer category for Cowboy Curtis.  Also, very impressively Huntington Beach’s Riip Beer Co. took silver in the highly competitive and largest group, IPA with their Super Cali IPA.  An amazing 312 beers were in that category!  Moving down to bronze we find Kinetic Brewing winning that shade in the Chocolate Beer category for 4th Gear,  newbie Iron Triangle started snared the Imperial Stout bronze for Jawbone, reliable winners Smog City got bronze for Sabre-Toothed Squirrel as well.

For reasons unknown to me, the Pabst plant of industrial beer won a pair of medals as well as another Large Brewing Company plaque.  So there is that LA connection too. 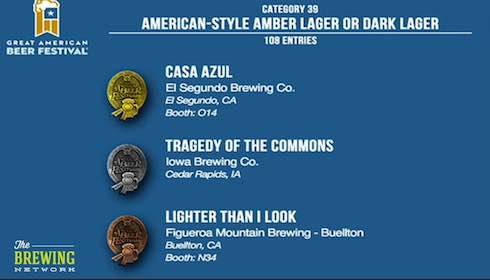 Big Winners of the morning presentation were (4) medal winners Figueroa Mountain and  Überbrew from Billings, Montana.

Going all statistical, the best results were posted by Wyoming, Hawaii and Virginia.  California picked up 56 medals all told.  IPA’d dominated the amount of submission but coffee beer was a newcomer to the big categories so kudos to California that took silver and bronze in that caffeinated category.

(All photos screenshotted from the Brewers Network livestream of the event.)  Sorry that I again entered in late.  Damn time difference.