Before the main event at the Brewbound – Brew Talk at Golden Road. A diverse panel of speakers covering three sectors of the craft beer ecosystem were called to the podium to talk about the State of Beer in Los Angeles.

Included were Anne Conness the chef for Simmzy’s, Jace Milstead the beer guru for Ace Distribution and Jeff Sapsford from Sunset Beer. 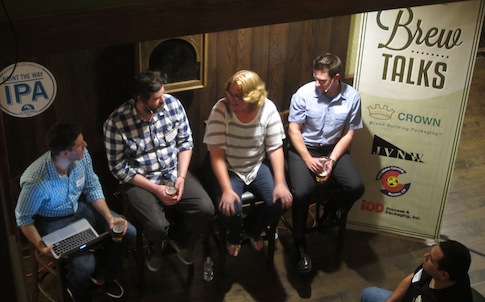 Here are some tidbits from their talk (in no particular order of importance).
You have to “earn” the privilege of pouring special beers. You don’t get the uber rare beer if you don’t support the rest of a breweries beers.

If you are brewing beer, two key things: Consistency and Availability.

Seems like anyone who gets fired decides to open a brewery.

Be a part of the market.

On Food GPS tomorrow, what I took away from business discussion between The Bruery and Golden Road.