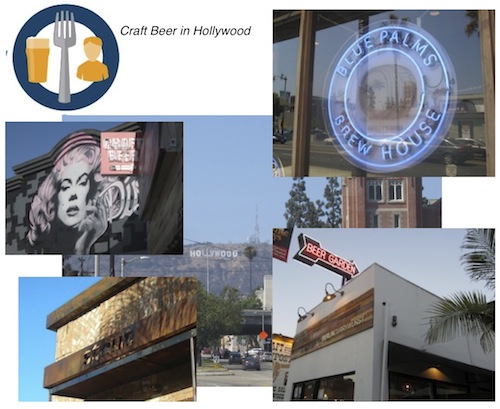 Tomorrow on my weekly post on Food GPS, I list up 10 spots to visit for beer in Hollywood.  Hopefully handy when you have seen a movie at Arclight or been to a show and what a beer after.  But one thing to notice about the beer scene in Hollywood is that there is no brewery with a taproom open to the public in this historic part of Los Angeles.  And that is a shame.

I know that rent is a high barrier to entry in Los Angeles.  (Amongst other reasons) And that Hollywood with the current uptick in condos and development is probably higher than the high average already set, can make basing a labor and equipment and ingredient intensive business even harder than in other spots but count this post as my “cry into the void” for someone with deep pockets and a love for good beer to come to the rescue.

Because there is a community there in Hollywood that would probably warm to the idea of a local beer that they could walk and get when Highland is shut down for parades and Oscars and such.