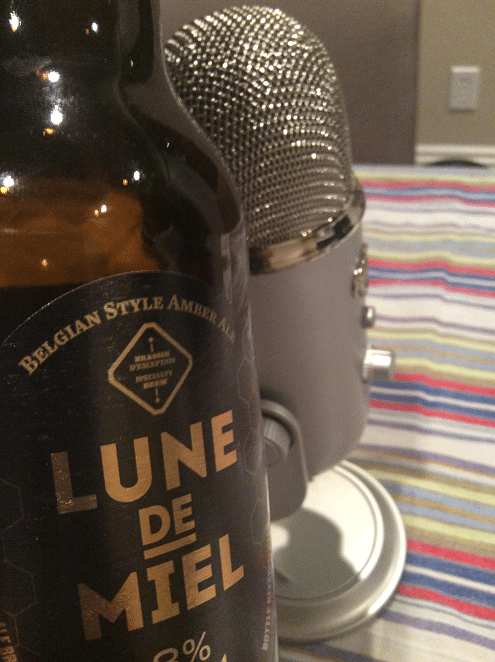 I will be reviewing the the under appreciated but always solid Unibroue from Quebec.

We start with the most recent seasonal, Lune de Miel, a summer specialty release that was sent to me to review by parent company Sapporo. The beer is a Belgian-style strong amber ale brewed with local Québec honey.

This new offering was “inspired by a tradition dating back almost 4,000 years. In Ancient Babylon, the father of the bride would provide his new son-in-law with an unlimited supply of mead during the first month of marriage, a period that came to be called the “honey month”. As Babylonians were using a lunar calendar, the honey month eventually became the “honey moon”.”

After popping the foiled cap off the elegant black and gold labeled bottle a really fragrant hefe meets potpourri nose comes rushing out. Strong beer here. Honey is here in force. Belgian esters as well. Not quite clove or banana but close. This beer is prickly in a good way. Almost like an Imperial hefe. I shouldn’t be surprised. Whenever I get their Trader Joe’s branded beers, they are top notch. This will probably show up in my year-end Best of 2017. Straightforward and superb.