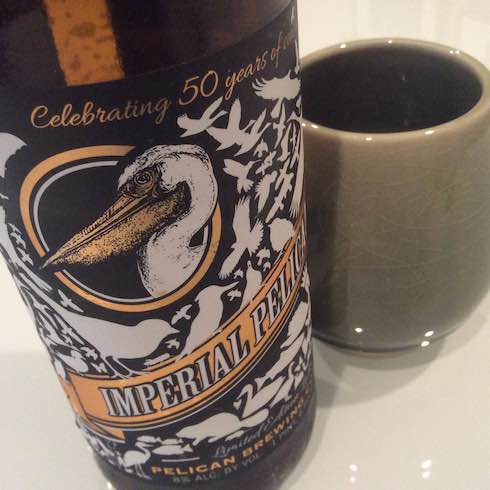 This is no IPA, style wise. Although acronym wise it is. The Imperial Pelican Ale from the Pelican Brewery on the coast of Oregon pours a dark orange color. Has some serious strength behind it. The 2015 bottling celebrates the Ridgefield National Wildlife Refuge. The gold/black label showcases 50 plants and animals (+ a QR Code) that can be found in the Ridgefield, Washington refuge on the banks of the mighty Columbia River. Since this beer was initially released in 2015 the caramel aroma and Barley wine characteristics make sense though even at the advanced age it still holds quite a bit of dank bitterness.

If I had been smart, I would have gotten a newer bottling to compare/contrast. 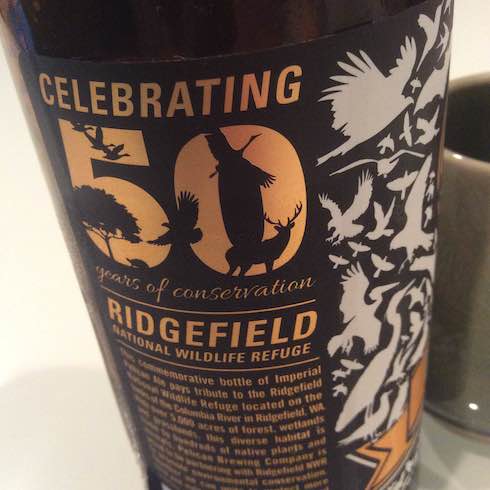