Founders bottle release reviews started with the Centennial IPA and now move on to the Dry Hopped Pale Ale. 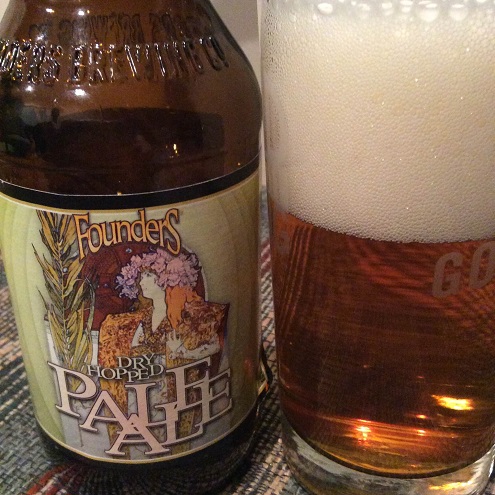 The Pale pours a clear orange with a head that is foamy initially but quickly settles down to a small rim of white bubbles.It is orange and bready on the nose.

And then a good sting of hops strikes you at the top of each sip. This beer doesn’t have a load of IBU’s but it comes across as quite bitter with a note of orange peel.

It is more bracing than many pale ales and for that matter many IPA’s and I find that to be refreshing.