In addition to reviewing a pair of San Diego beers that were new to me, I will also talk about two Bell’s beers. One is their 30th Anniversary, but first is the 16oz can of Best Brown Ale. 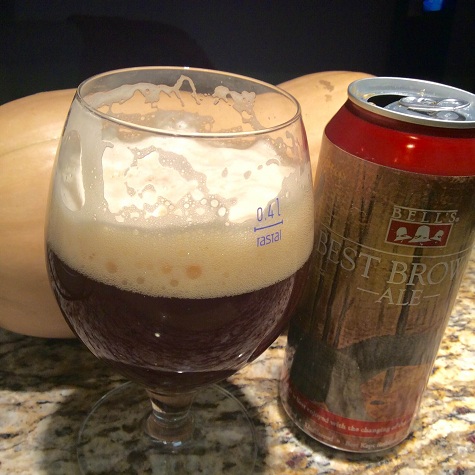 Best Brown is one of those beers that touches all the bases for the style without really exploding. It is a plain amber/brown color. It is a little thin tasting but there are multiple flavors that are encountered with each taste. There is an untoasty malt flavor that is augmented by a touch of sweetness and a little bit of peppery-ness.

Past that, is not much else. It is the type of beer that is gone before you know it and you have to reach back in the memory banks to remember what it was like.