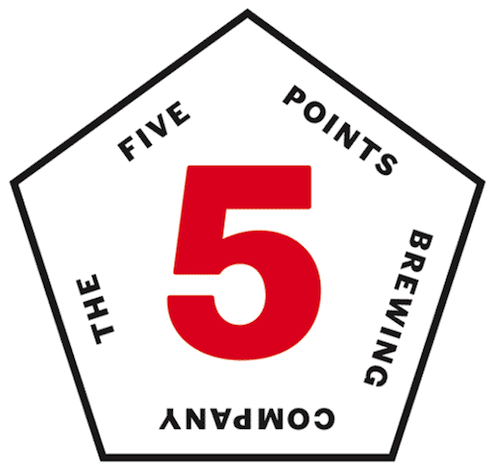 Our second stop is at Five Points Brewing Company.  But not the historic neighborhood in NYC but in London. It is a small, neighborhood brewery in Hackney.  Their flagship is a pale ale and their labels are simple but really effective.  Very Kernel like and I like that a lot.  But enough about labels.  What beers would I put in my first taster tray?

OK.  They have three mainstays and those are what I would get first.  The pale which is a 4.4% session beer with Amarillo, Centennial and Citra hops then the Hook Island Red which is a rye beer and then finish up with the Railway Porter, a London classic.

Another plus they subscribe to the London Living Wage inititative.  Good to see that.