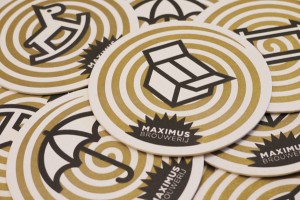 Our final stop in the Netherlands is back in Utrecht at Brouwerij Maximus.  They have a wonderful design sense which really draws you and then you peruse their beer list and even in Dutch, you can tell what kind of magic they are wielding with their brew kettles.

The beer that really caught my eye (which I assume is a seasonal or special release) is their Maximus Cuvee Bergamot Brett.  Tea is not used enough in beer and I think the combo of Brett bugs and Bergamot would make a really crazy combo. But the following are the four beers that I would put in my taster tray first.

Maximus Pumpkin – How theatrical will their Pumpkin be compared to the American amped versions.

Maximus Koffie Stout – European coffee can be quite different and I would to see if their is a major taste change.