Occasionally, beer events come in pairs and this past couple days was no exception.

Sunday, Ommegang debuted their third installment from the Game of Thrones beer, Fire and Blood. Atop the Fonda and Blue Palms Brewhouse, I sipped the new beer whilst sitting in my rightful place. Well almost. The line for the Iron Throne was longer than the beer line. 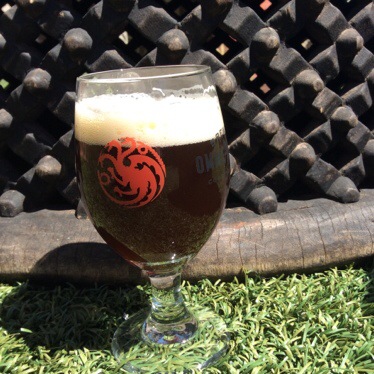 The dragon themed red ale is my favorite of the three Game of Thrones offerings very Belgian Lots of esters here. Nice amount of hops as well. Well done. Some grape notes as well. According to the Ommegang folks in attendance the fire and blood is is a combo of spelt and rye and de-seeded ancho chiles. 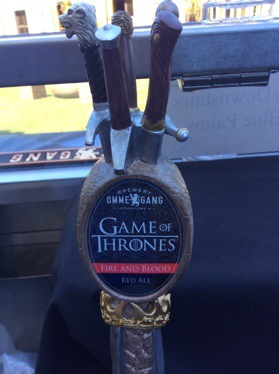 As usual Brian and his crew had the show running smoothly satisfying beer nerds, Westeros fans and fans of really big turkey kegs.

Then the very next night, I headed into DTLA and Angel City Brewery to sample two of their newer offerings.  I have had more beers from this new incarnation of Angel City that fall into the OK category than “Wow!” (and I am one of the few non-fans of the Avocado beer and their French Sip) but on the other hand I do like their pilsner and their Session IPA (which was one of the first I had seen before the 2014 explosion of SIPA’s) so my enthusiasm was both lowered and raised for their new Summer Wheat.

Re-tasting the newly christened Gold Line pilsner, it holds it’s place as a go-to beer for an L.A. summer. Slight minerality/metal note. But crisp with a note of wheat and grain to it. Simple and well done. 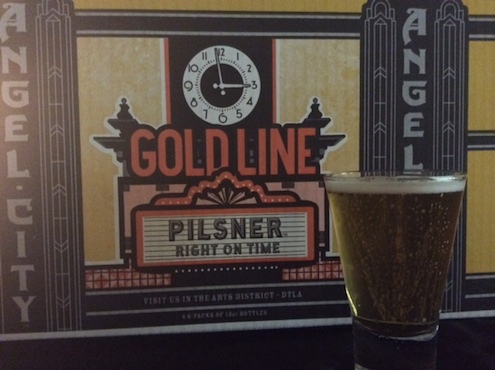 The new Summer Wheat is similar in composition but has a slight off note with a bit of citrus to it and a slight but strange tart note to it. The wheat taste isn’t there for me and it has a bitter finish that doesn’t work with the rest of the beer.

The winner of the night is a beer going on tap tonight that I got a sneak preview of.  It is the winner of “What Would You Brew” contest.  Emily Finch has created a blueprint that brewer Dieter Foerstner has taken to create a really complex beer.  It is a Mexican Cola beer.  It also has citrus and tamarind and it is flat out good.  Certainly in the top 3 AC DC beers.  And their will be a rum barrel version coming down the pike later this year. 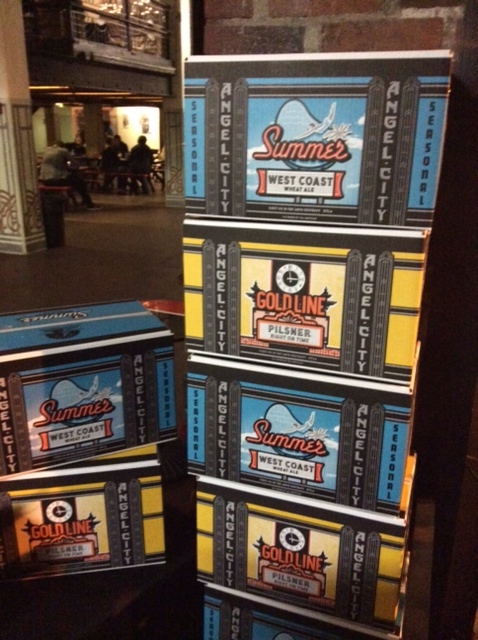