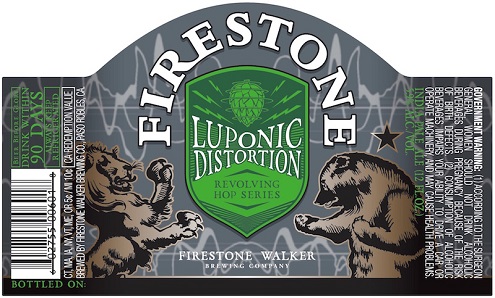 Here are those details….”Luponic Distortion is not a single beer, but rather an ongoing series of beers that will evolve and revolve approximately every 90 days. It all kicks off with Revolution No. 001 in March.” Then do the math for when 002 will show up on tap.

“The base beer will remain the same with each new release, but the hop blend will change every time, so that no two releases will be exactly alike. As many as nine different hops will be included in each release, with up to six used in the dry hopping alone. However, with each release, the brewing team is going to turn up the volume a different featured experimental hop, which will be dry hopped in greater quantity than the others.”