Whilst perusing the People issue of All About Beer, I noticed a little throwaway line about a pair of entrepreneurs who have started a chain of craft beer bottle shops.  It said, that they were going national and one spot on the list was a little burg called Los Angeles.

And lo and behold it appears another bottle shop is headed our way….

Craft Beer Cellar is primarily in Massachusetts but they are expanding outward.  And from what I have read are big on beer education.  Which was a theme of the people issue.  Which is why I think they will fit in with the likes of the other LA beer-lebrity from that issue, Ting Su of Eagle Rock.  What I especially like after reading a few of their blog posts is that they tell their opinion but also don’t take it as gospel.  They explain why they do things and that is that.  Love it.

I will update where they will be opening (Los Angeles could mean anywhere) and when (hopefully in 2015). 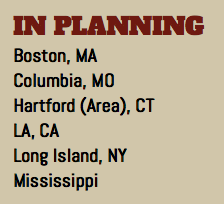