Old News to those in Portland, but I thought I would share this information from a great beer destination in Portland. (If you haven’t been during one of their blind tasting competitions then you have missed out)

I have “only” had the Deadlift, Hopportunity Knocks and Tricerahops. Not bad for a LA based beer boy! 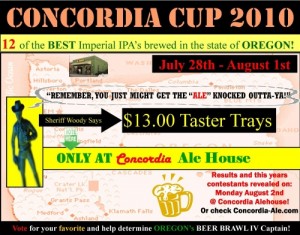