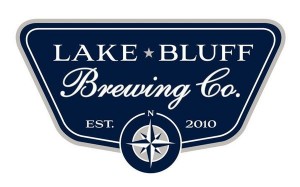 Our first stop in the Windy City is Lake Bluff Brewing. Theirs is a common (and great) story about home brewing that grew into a brewery. I don’t know who is luckier? The people who received the home brew gifts and were the de facto R&D department or the people who now get to sample beers that are really dialed in and perfected.

A couple of the beers that caught my attention are…..
‘Tis the Saison
“No matter what the season, ’tis the season for our Saison. Historically a summer seasonal beer, ours is golden in color and flavored with coriander, cardamom and orange peel to give slightly spicy notes. Finishes nice and dry with the yeast providing much of that classic Belgian flavor.”

Softtail IPA
Hardtail’s little brother. Same great flavor and aroma, but easier drinking and not so heavy on the alcohol. A great summer beer.