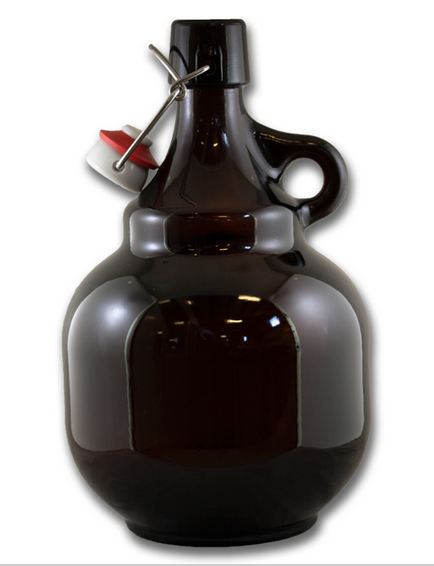 File this under extremely helpful for the growler set and then cross reference, things Sean should have posted about much earlier than this.

Not only do the Maltose Falcons know home brew, they also have an online repository of who fills – what growlers with an introduction as to why California brewers do what they do, that is so completely spot on, that I wish I had written it.

So bookmark this site and check it before you randomly grab a growler for your next beer trip. It will save you from coming home empty handed or ending up with even more containers to store. 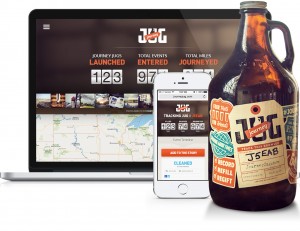 Adding another level to growlers.  (For those who can fill any growler anywhere.) And if you want to create a history of different beers much like passing a book on from person to person and writing your name in it or putting a code on a dollar bill, then Journey Jug is up your alley.

You fill it and log it. Then pass the empty on.  Or you fill it and pass it on to a friend with the instructions for them to do the same and then start tracking the progress.  It will be interesting to see if this takes off.

Check out this article on the excellent BrewBound site, HERE then come back for my thoughts

AB-647 would make this a possibility, “An empty Stone Brewing growler cannot just go to Sierra Nevada to be filled, Sierra Nevada would need to obscure all of the information that is on it and affix the proper labeling that is required from their brewery before sending it out the door.”

Sorry, but this is going to create two types of breweries.  Ones that can and have the time to do that nonsense and the others who will find it too cumbersome.  Compare that with Portland that will fill practically any water tight container with beer.  I found TWO grocery stores.  TWO that had self-serve growler stations.  One at New Seasons had two specialty Widmer offerings (and two wines available to fill as well.)

Zupan’s had six taps.  Two from pFriem, a cider and two from Firestone Walker. Amazed?  Here’s the photos to prove it…. 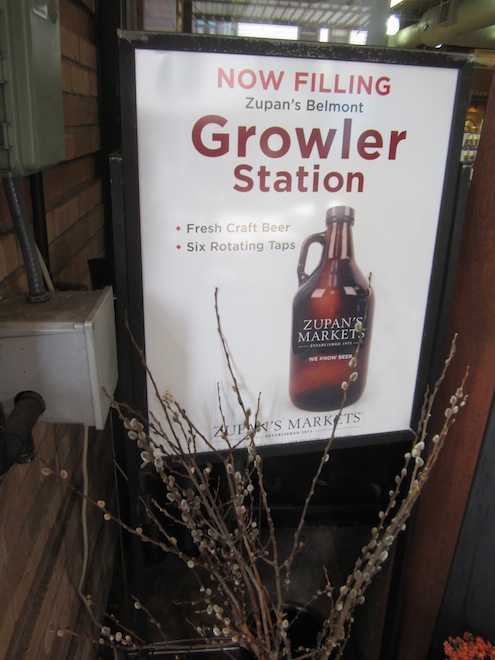 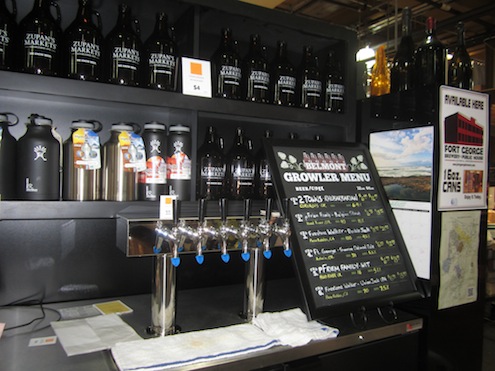 At first, I thought this article was an April Fools joke. But apparently it isn’t and it is yet another angle on the take home container.

Who know? Maybe the Crafty Carton craze will take hold.

To get back into grade school book report mode. “What I learned at the Beer Blogger Conference about changing beer laws”

So here goes. Craig Hendry (who I sat next to for a few sessions during the conference) from Raise Your Pints Mississippi painted a grim picture of craft beer in his state. First to sign up for prohibition and last to repeal on the state level. Hovering around 40% of the counties are dry and ridiculously low ABV and ABW limits on beer created and brought into the state.

But as he talked, the tone grew ever hopeful. Beer festivals are taking place. Some government officials are willing to buck the religious dogma and back craft beer. Even Tennessee is pushing hard to be the eastern home of Sierra Nevada.

Now Raise Your Pints even has a lobbyist! Fine tuning a law here hopefully won’t require that level of pushing and shoving but what I gleaned most was that if this challenge is to succeed I need the California Small Brewers behind the cause to get this done.

And more importantly, I learned that you REALLY have to listen to the people on the other side of the argument. Because we all want to be heard and maybe there is a compromise to be found that can move forward speedily whereas an “all or nothing” mentality will just stall. Sound like anyone in Washington DC we know?

This one session really created hope. There are people in this country fighting bigger fights against entrenched foes and all we in California need to do is nip and tuck a little here and there. 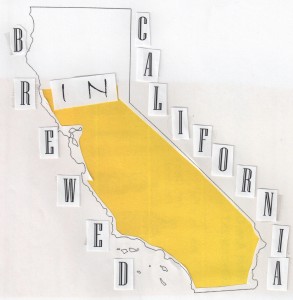 For the first six months, I have been trodding along slowly with this challenge. On my schedule, I can only carve out a bit of time each month to devote to it.

So it was with great delight that another growler believer has stepped into the breach and has really done a tremendous job in invigorating the cause.

Benjamin Katz brings a San Diego perspective and some much needed expertise. He is creating a website that will be up soon to augment the Facebook presence and I can’t thank him enough for spearheading that.

Stay tuned for more details and keep blogging about and Facebook posting and twittering about how you would like a Brewed in California Growler.