There were some interesting positions taken (I know, That’s What She Said) in a recent blog post on the BrewBound site pertaining to laws and craft beer.’ 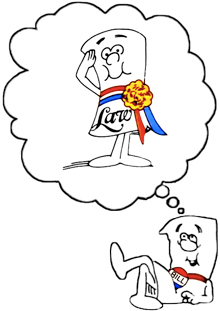 Tom McCormick, the executive director of the California Craft Brewers Association was asked a few questions about laws and possible laws being considered and where the CCBA stands on them.

First up is Assembly Bill 2004 which would allow brewers to sell their beer at local farmers’ markets if the bill passes. This is something that I have seen very sporadically but that I think might me a good fit if done right.  If nothing else, the opportunity should be allowed.  This could be a ripe opportunity for a brewery to connect with it’s community and collaborate with farmers who could provide future ingredients.  There are also many roadblocks that I foresee.  Police or extra security might be involved and the area might need to be roped off to keep the kids out but these could be creatively surmounted.

According to BrewBound, “The bill maintains some restrictions for beer makers, however. Breweries will only be able to sell at farmers markets in their own or adjacent counties. Nevertheless, said McCormick, it would level the playing field with wineries, which have been legally selling products at the markets for many years.”

Next on the docket is Assembly Bill 2010.  This tackles the duplicate permit issue.  This allows a beer company warehousing and retailing privileges minus beer making.  Right now, you can duplicate to your hearts content.  But this bill puts a cap of six on the practice.  I don’t know where 6 became the perfect number.  Why not 10 or 11 1/2?  I think that stymies growth to an extent so I disagree with the CCBA’s stance that it is OK.  Just because one or more breweries may be growing more quickly doesn’t mean that others won’t in the future or that one brewery will eventually own California.  I think we are way past that at this point.

For those few who follow this blog who are interested in the intersection of craft beer and the law, I would love to hear your thoughts.