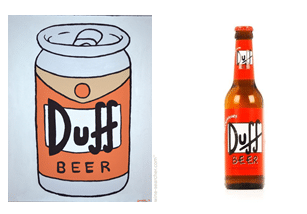 If you have been a better beer fan, you know that in the early days, there was no use of cans. Cans were gauche. Cans signified the other.

And a recent (reliably great) post from Beervana talks about cans and craft beer in conjunction with the recent NE IPA trend. Making a solid case that nowadays, the vessel may indicate a style rather than the us vs them that it did before.

Now, I sometimes buy beers from unknown breweries based on the label design. My working theory being that if the design has a certain level of craft that the beer will as well. That is obviously not a perfect corollary.

As of yet, though, I have not bought an IPA based on can vs bottle. L.A. has a few with skin in the canned juice IPA game but I have bought more based on brewery reputation and availability (ie – not having to wait in line with the Whale Broz.) than anything else.

Why the 16oz can format has been grabbed by the NE IPA is probably based more on economics but I can see an argument made that the cachet and cool factors are tied to branding that wants to seem more disposable to match the high demand for the hazy IPA sub-style. A 22oz bomber or, God forbid, six-pack have a year-round core flagship feel to them.

My hope is that the haze crowd though wedded to the “it girl” IPA breweries, does still care about the liquid inside the container more than the type of container.