I will write more about the team-up of the restaurant Bourbon Steak with the brewery, Modern Times over on Food GPS. But here are a few notes (and a pair of photos) from a preview of what’s coming… 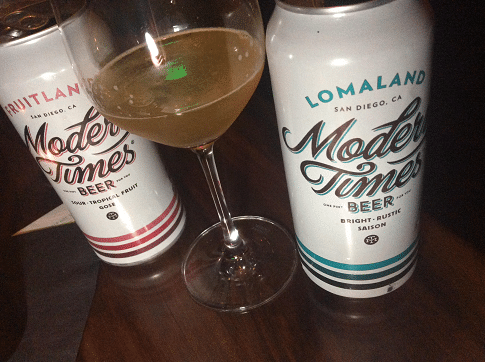 All three of the Non-IPA’s used for pairing tasted better to me. Lomaland Saison which I had not tasted in a long, long time was quite good. Simple, training wheels funk. One note but well done. The same goes fro Black House. I have had more of the variants than the actual base beer and it came through with the coffee. Again, not much else, but well done. My favorite though was the passionfruit and guava Fruitlands. Not quite salty enough for a Gose but the wheat and touch of sour with the fruit was nice.

My favorite burger was the “Pho”nomenon which despite the jalapeno’s was unique but also showed a light touch on powerful ingredients like the cilantro and mint. The Lomaland and the Fruitlands would pair well with it. The Redondo Surf n Turf was good too but I can’t see anything but maybe their Ice Pilsner working well with it. The savory of the meat and the crab meat really overpower anything, even hops. 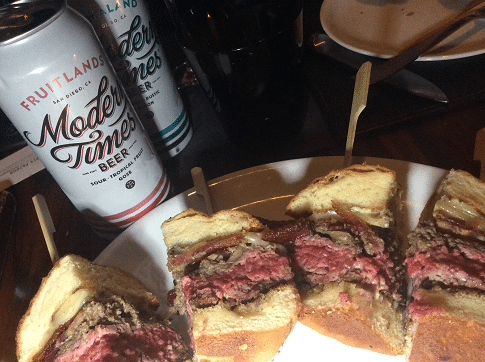 Pairing beer and food is fascinating every time.