If you want to learn more about Utah and their liquor laws there is a documentary called Liquor Behind Zion’s Curtain in the works. According to the folks behind the camera, “It’s a hard look at Utah’s crazy liquor laws from the 1800 to present day.” 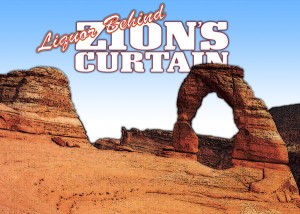 The documentary features many of the current craft brewers in the state of Utah including Epic Brewery, Uinta Brewery, Squatters Pub, Wasatch Brewery and many more..”