Beer events usually involve beer geeks. Not a bad thing. But sometimes casting a wider net of beer drinkers can yield more interesting conclusions. The 1st Beer Talk with the theme of IPA was just such an event. 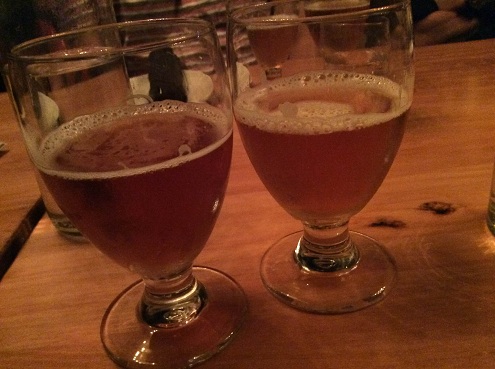 For example, have noted IPA lover Tony Yanow of Golden Road talking about his take on the history of the IPA style to a crowd that included a home brewer, beer bloggers and a person who has never been to Mohawk Bend and you end up hearing new viewpoints on an oft discussed and oft drunk beer style along with generous samples to compare and contrast. 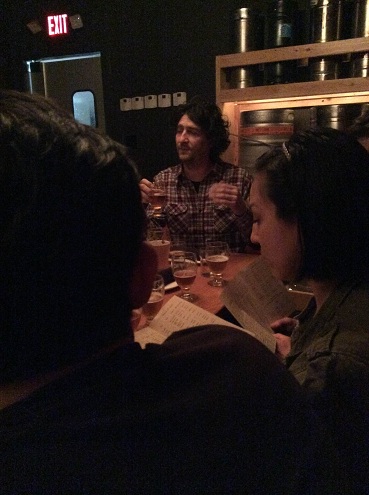 Tidbits that I picked up:
Tony is a big fan of the Kernel Brewery in London. I tried to put a bug in his ear about a transatlantic collaboration. Maybe that can happen.

A 4% beer with 80 IBU’s would be more of a palate wrecker than Palate Wrecker.

Deadheads were big Sierra Nevada fans and as they followed the band they brought the beer with them around the country. Possibly getting the US accustomed to hoppy beers.

Anything over 100 IBU’s is really theoretical. You just can’t utilize that much alpha acid.

To me the best aspect was getting to try Blind Pig next to Sierra Nevada Pale ale or the Pliny the Elder next to Wolf Among Weeds because it does really show the differences off and can lead to a greater appreciation for a beer that may get passed up. Plus to see the faces of people who either haven’t had the beer before is really cool. Toss in a little blind tasting where I ranked Wolf slightly higher than Pliny along with a couple others is fun too.