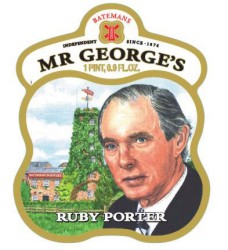 In England the Ruby Porter is known as Batemans Dark Lord, but is has been re-named for the U.S. market due to a trademark conflict.

Dark Lord has a deep black color with reddish hints and is capped by rich creamy foam. The aroma features roasted grain notes with spicy-citrus hop notes. The palate is roasty with hints of coffee and licorice and an underlying fruit accent and long finish. A mere 5% alcohol by volume.

In both 2007 & 2008 it was named among “The World’s Fifty Best Beers” at the Drinks International Beer Challenge.