When I heard that Anchor Brewing was stopping their bock, I was a bit miffed.  Certain styles in the U.S. were being phased out it appeared.  Anchor had done such a good job adding a lager to their line-up that I felt a step had been taken backward.

That worry was amplified by what appears to be the replacement, another IPA.  I certainly hope it is good.  I will try it but I wish they could do it and the bock ½ and 1/2. 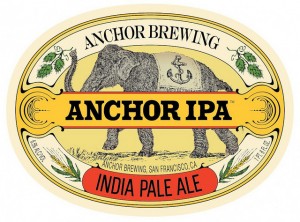 Here is how Jay Brooks at the Brookston Beer Bulletin, described the new beer, “Anchor IPA is brewed with six different hops, including Apollo, Bravo and Cascade for bittering, and the five used in dry-hopping are Apollo, Cascade, an experimental hop still know as 431, Nelson Sauvin and Citra.”

One Reply to “Anchor IPA”