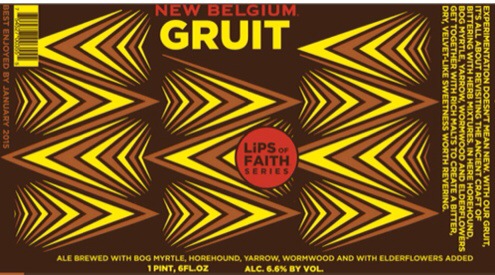 Looks like the Lips of Faith series is going strong in 2014 with a hop-LESS ale. Gruit is a seldom seen style but one that beer lovers should seek out to enjoy and round out their beer knowledge. Kudos to New Belgium for bringing this historical beer to a wider audience.

And for a quick history less the German Beer Institute website defines Gruit as, “Gruitbier was in its time, some 500 to 1,000 years ago, clearly the most common beer style in the world. Gruit is old German for herbs. Gruitbier was brewed both on the Continent and on the British Isles. Gruit (or herbs) is what most medieval brewers used to flavor their beers with before hops became a universal beer flavoring agent starting around the 15th century.“

2 Replies to “A New Gruit from New Belgium”