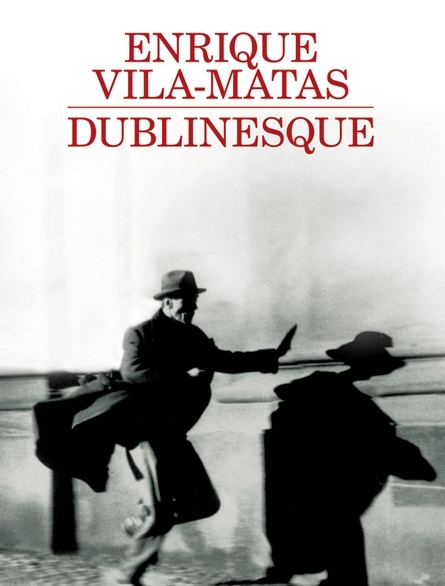 Well, Dublinesque was a struggle to get through to the end.  No chance of getting into a rhythm and ripping off 100 pages in a sitting.  And the problem is the lead character Riba.  He is a shit to his wife and aging parents.  He is petty and childish.  And his “heroic” quest in the book is to hold a wake for the age of printed books.  A goodbye to Gutenberg.  None of it hit home with me.  Not one character was interesting.

Many possible pivot points were brought up and then dropped.  A mysterious suitcase, the husband and wife relationship, the Gutenberg Wake were all passed over in a hurry.  There could have been a spirited Godot like conversation about the state of publishing or the dynamic between authors and publishers.  Maybe a peek into what writers do when they gather together and are not writing.   A discussion of over-rated authors would have been good.  When, as a reader, you spend more time thinking about what you would have written then what you are reading, it isn’t a good sign.

Not to mention that the end takes a leap into the future and tries to do a flashback, what happened when I drank too much last night turn.  Didn’t see that relapse coming.  It was only hinted at for 200+ pages and still didn’t make Riba any more interesting.  Just a mopey sad sack.

Since, I do not recommend this book to anyone unless they are a HUGE James Joyce fan and are completists by nature, I could have recommended beers not to drink from Spain or Ireland or here in the U.S.  But I won’t pile on and make matters worse.

Instead here are some literary themed beers that I think would be great to have while reading.

Rogue Brewing has their Shakespeare Stout

Tart of Darkness from friend’s of the blog, The Bruery

or hit up some RavenBeer for some Edgar Allan Poe