There are two parts to the new beer release from Cismontane Brewing.

1.Bourbon barrel-aged sour aged in Buffalo Trace barrels for a year. Tart on the nose, with a hint of toffee and oak on the front. A cidery quality accents the distinct taste of Buffalo Trace on the finish.
2.This brew is dedicated to the beer bloggers of the world who tell it like is, guiding the masses toward their liquid destiny. 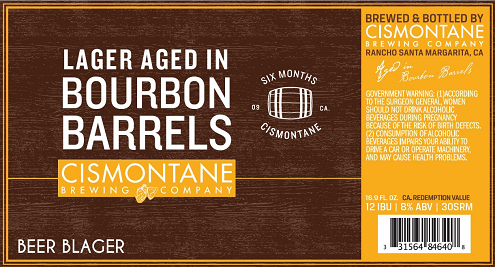 It seems odd to dedicate (in a way) a beer to bloggers then give it the unappetizing name of “blager”. And I don’t know if any beer bloggers were asked to participate or were invited to choose a beer style because I would have liked to suggest a historical style of beer.