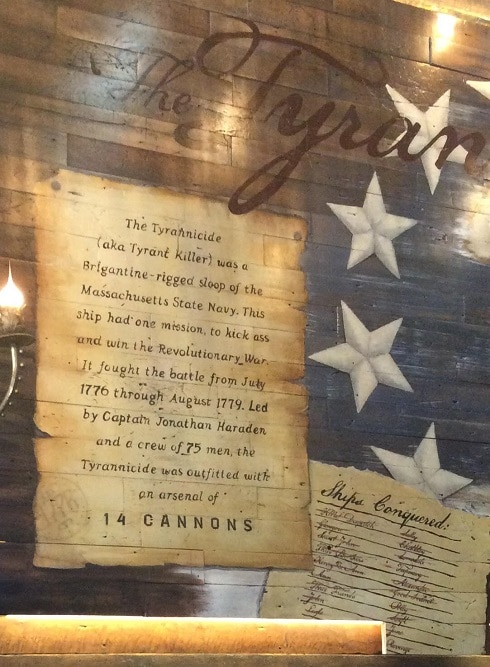 Way at the back of the same industrial park as Westlake Brewing is where 14 Cannons has put their taproom and they have cleverly branded t-shirts using “Beermuda Triangle” as their slogan, promoting themselves, Westlake and Five Threads which all have taprooms within very short walks of each other.

Wicker lighting and ship reminiscent wood on the walls
Really nice weathered and round bar with metal accents.
Fire in the Hole slot games. Couches on one wall and there is fun blue lighting on the tanks giving them an otherworldly vibe. 14 Cannons has really gone for the theme. It almost looks like a stage set. 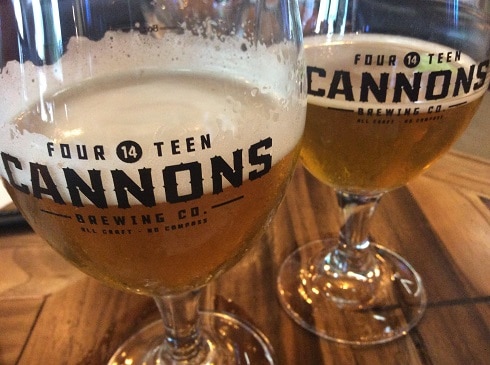 Their flight of four comes in wine glasses. With the NON hoppy menu to left, hoppy to right. Below are my bullet reviews of my taster flight:

Patient Pilsner
Nice. Got a bit of a metallic bite to it.

Marooner Marzen
Spicy malt nose to this one. Light but still substantial.

One Cannon – Mosaic
Rotating hop series. Good citrus aroma. Comes on strong and isn’t really a hop showcase to me.

Wreck Yo Ship
Seems initially lighter than the One Cannon. But it is teetering toward Barleywine. Fits with the taproom theme though 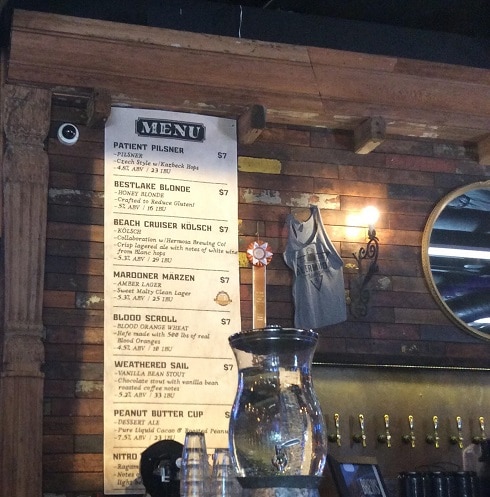